An Indiana congressman was on two flights that were struck by lightning on the same day. Talk about luck! From the photo taken by the congressman, it appears lightning struck the wingtip of one the aircraft. It also appears that it was repaired was metal tape. 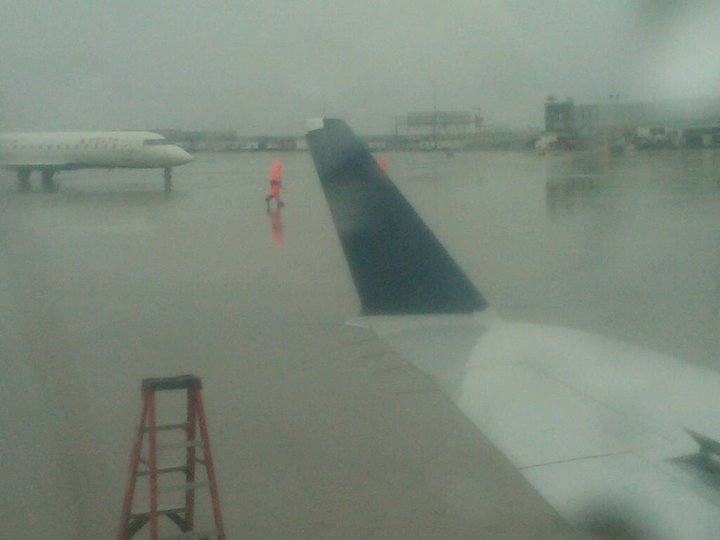