This ANA airplane operating in Japan had its radome severely damaged by a lightning strike. From the photos it appears the lightning found a weak spot in the metal bar lightning diverter and then quickly separated the diverter from the radome. This can be a dangerous situation as the metal bar will travel backwards into the wing, fuselage, or tail.

This isn’t the first time a metal bar radome has suffered a damaging strike. An Airbus radome lost its metal bar diverter during a strike last year.

Metal bar radomes have many deficiencies. First, they can’t extend far enough forward on the radome to intercept a lightning strike because the metal interferes with the operation of the weather radar. Second, the bars are made sufficiently thin that lightning can pry them off the radome. Last, but not least, the metal bars require multiple screws to be inserted through the radome which allows damaging water to enter the radome.

A better choice is WXGuard segmented lightning diverters. They are RF transparent and are applied with standard adhesive or 3M tape. Give Greg Shine at Shine Wire a call at 1-800-543-5151 to learn more about WXGuard and how it can save your radome. 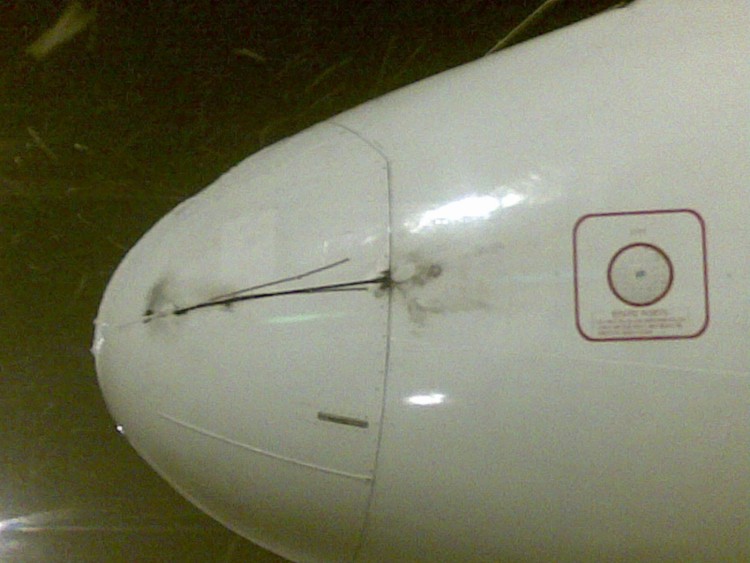